By Riley Stoltenburg Updated on January 14, 2023 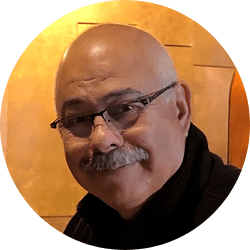 We ran a national poll to see how many people read books. The answers surprised us.

The pandemic shifted the lifestyle habits of many Americans, including how, when and if they read. To get a clearer picture of current reading habits over the course of the past 12 months, we conducted a survey of 1,621 American adults. The results revealed some interesting insights into how much people are reading and what they’re reading.

Reading In The United States—Secondary Sources

These statistics suggest that although a majority of Americans say they have read a book in the past year, literary reading is on the decline, particularly among younger adults. Americans are also spending less time reading overall.

Our report found that women are more likely than men to have read a book in the past 12 months. This is evident in the first two book types:

Also, based on analysis of the response “I didn’t read any books,” men reported a higher percentage compared to women (51.4% vs 45.7%)

When we analyzed the results from a generational view point, we found the following:

This may be due to a variety of factors, such as declining health or vision problems.

We made the following observations when we analyzed the report based on the material and type of book read:

The above statistics indicate that print books are still the most popular format when it comes to reading, with e-books and audiobooks coming in at a distant second and third, respectively.

This is in spite of the fact that e-books have been around for quite a while now, and audio books have seen a surge in popularity in recent years.

It seems that people still prefer the traditional format of print books, which is perhaps due to the fact that they are more traditional than their digital counterparts.

The Bible, however, is the least popular format, which is not surprising given its relatively niche audience.

The Reduced Reading Mentality Is Caused By A Variety Of Factors

The Validity Of Our Report

While our report does not reflect the official data, it does provide some key insights that can be used to understand general reading trends.

Some important things to keep in mind are that:

Despite these limitations, the data provides a valuable snapshot of how reading habits have changed over time, and how they differ between different groups of people.

We conducted a Google poll of 1,621 people. The survey was open to anyone aged 18 and over who wanted to participate.

The survey was conducted online using the Google Forms platform. We created a survey with the sole question “What books have you read in the past 12 months?” and offered a selection of reading materials which the respondents were required to choose from.

If you are looking to obtain raw data, please contact us at info@testprepinsight.com. Thank you!