Magoosh and Princeton Review are two of the most widely used review courses in the LSAT prep space. The funny thing though is that despite their popularity, they have almost nothing in common (apart from leveraging the same practice material perhaps). So how do you decide? In this guide, we spell out those key differences, both obvious and subtle, to help you determine which prep course will be best for you. 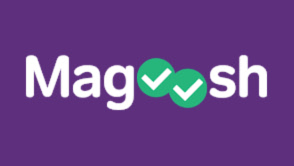 As cost is one of the most important decision factors for people, and a huge reason why Magoosh has garnered so much popularity, let’s start there. And as you might expect, this category is pretty clear cut.

Magoosh is by far and away the more affordable option. Their self-paced, on demand package costs around $300, and their premium plan, which includes live classes, costs around $600.

Princeton Review’s self-paced course, on the other hand, prices out at around $800, while their live class options start at around $1,100. Thus, doing some quick math here, you’ll likely save at least $500, if not more, by going with Magoosh for your LSAT prep.

That said, it’s definitely worth noting that both Magoosh and Princeton Review regularly offer discounts, so be sure to check for coupon codes or sales before buying.

How Each Prep Program Works

Before diving into my thoughts on the strengths and weaknesses of each course, let’s quickly cover how each LSAT program generally works. And I’ll begin by stating this: the courses from Magoosh and Princeton are very similar in terms of both features and study materials.

Both companies’ courses provide pre-recorded video lessons, live online classes (optional), a structured study plan, practice problems, practice tests, and more. So, generally the same features, but different approaches once you get into it.

Where Magoosh leans more heavily into the DIY-side of LSAT prep, allowing students to drive their own studies, Princeton Review provides more linear and rigid guidance. In other words, one offers more flexibility, the other more hand holding.

And even the manner in which these features are delivered is different, like the video lessons. In reality, on paper and from a high level, the packages look extremely similar; however, looks can be deceiving and there are some subtle differences. And I personally think these are best explained by looking at where each course wins over the other. Let’s start with Magoosh.

Let’s take a look at the areas where Magoosh beats Princeton Review.

The first advantage for Magoosh is clearly pricing. Magoosh is much cheaper than Princeton Review, and honestly, it’s one of, if not the, best values in all of LSAT prep. That said though, I’ve already covered a couple times now, so there’s no point in beating a dead horse.

I love the Magoosh practice problem explanations. So that we’re on the same page, I want to make clear that both companies leverage official LSAT problems through LSAC. In other words, because each company makes you buy an LSAC license, you’ll get access to real LSAT problems regardless of which course you end up choosing.

Thus, in terms of practice work, the big difference between Magoosh and Princeton boils down to the explanations that accompany those problems. With Princeton Review, when you’re reviewing your practice tests or problems, you only receive text explanations.

This is contrast with Magoosh though, which provides both text and video solutions for every problem. For visual learners, this is a big bonus, especially with respect to reviewing logic game problems.

Often, text explanations alone just don’t cut it, and these Magoosh videos are great at breaking down problems in a very clear and efficient manner. They give you a quick, engaging means of reviewing your practice work and provide a nice visualization.

Support might not be what you think of when you think of Magoosh. They are, after all, all about DIY and self-paced courses (for the most part). However, I love that Magoosh offers 24/7 email support to students.

If you ever get stuck on a question or don’t understand a specific concept or test taking strategy, you can email one of Magoosh’s remote LSAT tutors and they’ll get back to you within a day or so.

I tried this out three separate times and always got a detailed response, generally within 24 hours. It’s just nice knowing you always have that support system in your back pocket in case you ever get confused or hung up.

Finally, Magoosh’s last advantage here over Princeton Review is content access period. When you purchase one of the Magoosh LSAT courses, you get 12 months of access.

Thus, if you plan on (1) sitting for the LSAT multiple times, (2) tossing out your first score as a trial run and using your second score (maybe you’re a nervous first time taker), or (3) you’re super busy and plan on studying over an extended period of time, then Magoosh is going to be the better option. 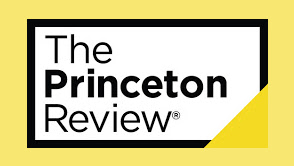 Now that you have a good idea of the areas in which Magoosh wins, let’s turn the tables and talk about where Princeton Review wins.

To explain, you work though a series of teaching elements that are each “gated” until you reach the next point. Basically, you start by learning the basics around a topic, then progress to observing sample problems, then test your knowledge with drills, and finally, apply what you’ve learned with real problems.

Overall, I just found Princeton’s organized learning modules to be very effective, especially when combined with their cool gated approach.

The second advantage for Princeton Review is their series of video lessons. Now, to be clear here, I’m only referring to the total amount or volume of video lesson content that Princeton provides.

Simply put, Princeton Review offers more than 150 hours of video content, while Magoosh offers just around 90. Therefore, if you’re more of a visual learner, this may push Princeton over the edge.

On the point of visual learners, Princeton also beats Magoosh when it comes to live class time. Depending on which Princeton Review LSAT course you end up going with, you’ll get anywhere from 30 to 145 hours of live instruction.

By comparison, Magoosh’s Live + Premium course comes with just 16 hours of live instruction. Thus, if you’re the type of student who thrives in a live class setting because you enjoy interacting with teachers and peers, as well as asking questions, then I think Princeton is the better option.

Not to mention, for those that need the set class schedule to help hold themselves accountable and stay organized, this makes it doubly valuable.

Personally, I found Princeton’s books to be well-written and concise, as well as insightful. I think they make really good use of sample problems and key point callouts.

Bottom line, if you like highlighting key points, dog-earing pages, and taking notes in the margins of a physical book, Princeton’s are very good and well-integrated with their course.

Should you choose Princeton Review or Magoosh to prep for the LSAT? In the end, I think the answer to that question largely depends on your budget and target score. If your budget is $600 or below, then it’s an easy answer, go with Magoosh! Like I stated above, I think Magoosh is one of the best bang for your buck courses in all of LSAT prep. It’s nearly impossible to beat their price tag.

However, if money is not a concern (or at least, less so), then I think the decision boils down to your target score. If you’re looking to score in the 150’s to low-160’s, and perhaps get accepted into a regional or second tier law school, then I’d say save the money and go with Magoosh. Their course is easily good enough to get you there.

But with that said, if you’re looking to score 165+ and hopefully get into a top-rated law school, then I think Princeton Review is the way to go. Their courses, while more expensive, are also much more robust in terms of features, content and instruction. I personally think Princeton Review’s LSAT courses, especially their live class offerings, are going to give you the best shot of nailing that top tier score.

Which LSAT prep course is better, Magoosh or Princeton Review?

Though we like the LSAT prep courses from both Magoosh and Princeton Review, and generally give each prep program high grades, we give Magoosh the overall edge. For roughly half the cost, the Magoosh LSAT prep package provides video lessons, problem explanations and review tools that are just as good as those from Princeton Review.

Why is Magoosh LSAT cheaper than Princeton Review?

There seems to be two major reasons why Magoosh LSAT is so much cheaper than Princeton Review. For one, Magoosh doesn’t offer live classes (an aspect that costs a lot to run and gets passed along to users), and two, Magoosh’s LSAT video lessons are mass produced with lesser production value.

Do Princeton Review and Magoosh LSAT have guarantees?