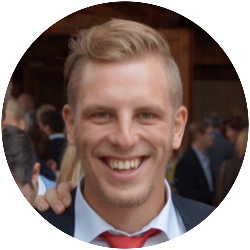 Whether you want to learn Spanish, French, Italian, or any other language, it can be difficult to choose between Glossika and Pimsleur. Both companies offer courses for over 50 different languages, and share several similarities in terms of pricing and lessons. In this article, we highlight the differences between these two language apps so you can decide once and for all which one is the best fit for your particular budget and learning preferences.

Use the  jump-to links above in order to quickly navigate through this detailed comparison.

In this video, John runs down everything you need to know about how Pimsleur and Glossika compare. Please continue reading for more detailed analysis. 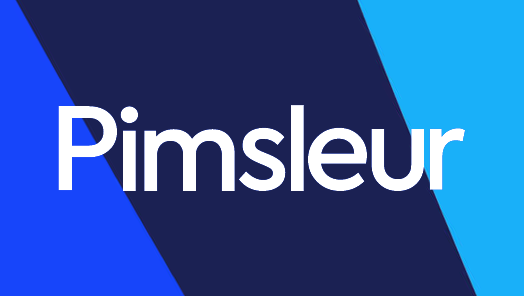 Pricing is always a sticky subject when it comes to language apps, so let’s get the financial stuff out in the open. Pimsleur offers two different subscription options: (1) the Pimsleur Premium plan, which costs $20 per month and includes access to one language, or (2) the Pimsleur All Access plan, which costs just $1 more per month (i.e. $21/month). That includes access to the 50+ languages that Pimsleur covers.

Similarly, Glossika offers two different subscriptions as well. First, there’s the Basic plan, which costs around $17 per month and includes access to one language (similar to Pimsleur).

Then, there’s the Pro plan, which costs around $31 per month and grants you unlimited access to the 60+ languages that Glossika covers.

Thus, in terms of pricing, the two companies are very close to one another. If you just want to learn one language, Glossika is technically the more affordable option by a few bucks per month, however, if you’re looking to learn multiple languages, then Pimsleur would be the way to go.

How The Lessons From Pimsleur & Glossika Compare

Next, let’s compare how the lessons from both companies stack up to one another in terms of format and how long they take to complete. In terms of length, Glossika’s lessons are much shorter than Pimsleur’s.

Then, in terms of format, the companies differ just as much. They differ so much, in fact, that I often wonder why they get so closely compared. In any event, I’ll be straight about it—Glossika’s lessons are somewhat basic and repetitive.

Essentially, for each lesson, you’ll be introduced to a set of new words and phrases, and then asked to either write or record yourself repeating what you just heard. You’ll do this several times over for the same set words, phrases and sentences.

Glossika calls these “reps,” and they are really the basis of the Glossika learning framework. Glossika is all about heavy repetition until you internalize your target language.

The lessons from Pimsleur, on the other hand, are more robust and diverse. For each Pimsleur lesson, you start with a 30-minute audio exercise in which an English-speaking moderator leads you through a mock conversation in your target language in intervals.

You’ll listen to a few sentences of fluent speakers conversing, the moderator will then stop to provide some context and insights, and then they will prompt you to engage and participate in the conversation yourself.

Therefore, you can essentially think of this exercise as a guided conversation of sorts. Then following the audio lesson, you review what you just learned through a variety of drills and exercises, including digital flashcards, quizzes, pronunciation training, and speed games.

Why Pimsleur Is Better Than Glossika

Now that you have a basic understanding of price and lesson format, let’s dive into the nitty gritty details of each language program. To start, let’s review the main advantages of using Pimsleur over Glossika for your language learning journey (regardless of whether you are trying to learn Spanish, French, or Japanese).

The first advantage for Pimsleur is how their lessons are centered around mock conversations. With Glossika, you’re essentially just asked to learn and repeat phrases in a vacuum. However, with Pimsleur, you’re asked to do much more.

You need to track the conversation, understand what’s going on, and respond when prompted. It’s actually very similar to what you do in everyday conversations in English.

In other words, the Pimsleur lessons just require more active participation than Glossika’s. Their lessons are more akin to real life situations, which in my opinion, are more effective for quickly learning a new language.

Then, on the topic of Pimsleur’s audio exercises, that’s the second advantage in their favor. With Pimsleur, I like that you don’t have to be glued to your iPhone or computer screen at all times like you do with Glossika.

I know a lot of people don’t like to sit idle when they’re learning something new and difficult (like a second language). Sometimes it’s nice to take a break from your screen and get a change of scenery. And Pimsleur’s audio lessons allow for that.

You can complete lessons while you’re taking your dog for a walk, stretching, or doing your daily household chores.

Plus, Pimsleur’s mobile app even comes with a special driving mode, so you can knock out lessons during your daily commute to work.

Finally, my last advantage here is that the Pimsleur lessons hold your attention and make the learning process more fun than with Glossika.

Simply put, Pimsleur offers a much larger variation of drills and exercises that span across listening, reading, writing, and speaking.

As noted above, with Glossika, you’re really just asked to listen to phrases and sentences, and then either write or repeat them over and over again.

With Pimsleur, however, you have the guided conversations noted above, but you also get a wide variety of reinforcement drills after the fact. This includes quizzes, speed games, pronunciation practice, and digital flashcards.

So overall, in terms of engagement and excitement, I have to give Pimsleur the win. Their learning framework is just more fun and engrossing (same story when comparing Pimsleur against Michel Thomas as well).

See All Pimsleur Reviews By Language: Why Glossika Is Better Than Pimsleur

Now that we’ve discussed the areas in which Pimsleur beats Glossika, let’s turn the tables and highlight the advantages of using Glossika for your language learning needs.

The lessons from Glossika are much shorter and easier to complete than Pimsleur’s lessons. I realize that not everyone out there has 45 minutes a day to dedicate to language learning, so if you’re a busy person and you just want to quickly knock out one lesson per day in less than 10 or 15 minutes, Glossika is likely the better fit for you.

Not to mention, this is also beneficial for motivational purposes. When you’re able to consistently complete lessons, it encourages you to keep going because you feel like you’re making progress and get that satisfaction of checking off lessons (the Busuu lessons are short as well).

With Pimsleur, by contrast, that’s not always the case since it may take you two or three days to complete an entire lesson if you’re strapped for time.

While Glossika’s lessons certainly can become tedious at times, they’re also effective because they cut through all the fluff and really get to the core of what natural language learning is all about—listening and repeating.

Glossika’s learning framework is centered around the belief in heavy repetition of patterns over detailed grammar study. In other words, Glossika wants to teach you to recognize and understand patterns rather than studying detailed grammar rules.

In a way, this is much like how toddlers do it when they first start learning a language. Toddlers can’t read, so instead they rely on their ears to pick up natural language in their environment until they eventually begin to repeat what they hear, mostly in segments or patterns.

Thus, while it may appear Glossika takes a very basic approach, it is also quite effective for learning a new language—that is if you can power through the tedious nature of their lessons.

Finally, I need to note that Glossika does a really good job with their review sessions. As you progress through the course, Glossika prompts you to regularly review what you’ve already learned.

This isn’t necessarily unique among language apps, but what’s cool is that Glossika uses AI to personalize this experience.

The company’s tech will predict when you’re about to forget a phrase or pattern, and before you reach that point, they’ll include it in your next review session.

I have to give Glossika credit for this. They do a better job than Pimsleur of reinforcing what you’ve learned from past lessons.

Verdict: Should You Choose Pimsleur Or Glossika?

After using and testing each both Pimsleur and Glossika, I have to give Pimsleur the win. While I do appreciate Glossika’s simple, yet effective approach to natural language learning, I was ultimately left wanting more. And I never felt that way with Pimsleur.

Pimsleur’s lessons are more robust and offer a much greater variety of practice drills and features, which helped to hold my attention.

Plus, I like how Pimsleur’s lessons emphasize simulated real world conversations, as opposed to just listening to and repeating sentences independently. Thus, overall, I think Pimsleur is the way to go between these two.

➡ READ NEXT: Pimsleur vs Duolingo Comparison

What is the difference between Pimsleur and Glossika?

One of the major differences between Pimsleur and Glossika is lesson format. The lessons from Glossika are shorter and place a heavy emphasis on the repetition of patterns, whereas the Pimsleur lessons are more comprehensive and diverse.

Is Glossika better than Pimsleur for language learning?

After testing out each language program, our team actually thinks Pimsleur offers the more effective and well-rounded language learning curriculum. Glossika has some benefits, but is not as effective as Pimsleur.

What is the price difference between Pimsleur and Glossika?

The subscription plans from Pimsleur and Glossika are comparably priced at around $17-$20 per month. Each offers two different options.