Whether you are ultra-competitive or simply curious, many professionals want to know the pass rates for the CFA exams

Given the difficulty of credentialing exams like the CFA, it can often be helpful to know the pass rates in order to better prepare yourself (or maybe make a decision about whether you even want to pursue them at all). In this detailed guide, we walk you through the CFA scoring system, as well as passing scores and historical pass rates, so you have a better idea of what to expect before you sit for the CFA exams.

The multiple-choice questions for all CFA exam levels are graded by computer, while the essay portion (“constructed response”) of Level 3 is graded by CFA charterholders.

For the essay portion, the human graders are put on teams, and each team grades a question using a rubric that is provided by the CFA Institute. During the first week of grading, various levels of charterholders, and a “grader of graders”, grade all the exams, but also review each other’s work to ensure consistency.

In the second week, the middle fifty percent of exam scores are graded a second time. If there is a large variance in grading, the exams are then graded for a third time. The exams are then assigned a Minimum Passing Score, or MPS.

The MPS is considered a benchmark to determine if a given candidate has passed or failed the CFA exam. The MPS varies from year to year and is set by CFA charterholders on the Board of Governors of the CFA Institute.

Candidates will not receive a conventional numerical score for their exams. Once the Board of Governors have set the Minimum Passing Score, it is then used as the baseline and applied to all graded exams. Thereafter, the candidates are allowed to see their results. 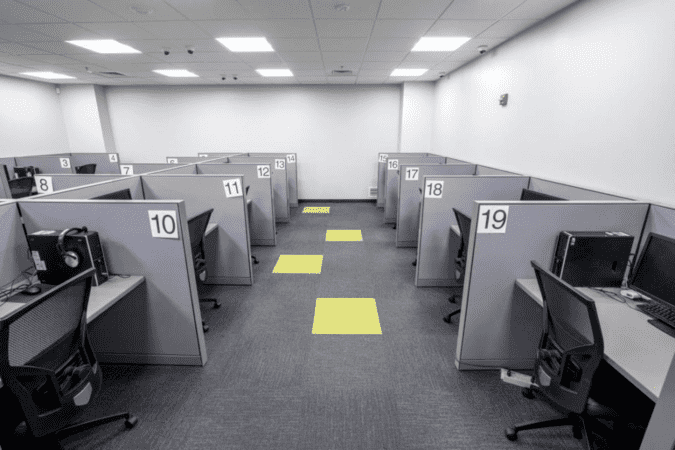 A candidate is given a final determination of “Pass” or “Did not pass” as their exam score or result. Accompanying their pass or fail determination is a summary of how they performed in each topic on the exam, and the maximum possible points for each topic. The score is expressed in as being in one of three ranges, either below 50 percent, between 50 and 70 percent, or more than 70 percent.

Each level of the CFA has its own criteria for determining its passing score. The CFA Institute Board of Governors sets the MPS for each level, and that changes with each cycle of new candidates.

Some years test takers will receive a 65% overall score and fail, while in other years candidates have received a 62% score and passed. How the scoring is weighted plays heavily on how your overall score will turn out. Generally speaking, any score of 70% or higher should be a passing score.

Gaining your CFA certification is not an easy task. The Level 1 test is intentionally designed to be fairly difficult, but for a good reason. The Board of Governors purposely sets the bar high so that only those with a deep and broad understanding of the subject matter move forward to Level 2, and the pass rate definitely supports that philosophy.

On average (measured by a 10-year rolling basis), only 41% of candidates that take the CFA Level 1 test pass the exam.

For the second level of the CFA, you will need a score of at least 65% to have a good chance of passing, although from year to year any score under 70% can be a pass or fail based on that year’s weighted scoring. Again, the Board of Governors will determine the MPS and determine whether or not each candidate is within the passing range.

As long as you score well on the multiple-choice questions, you should have a good chance of passing the second level of the CFA.

Level 2 of the CFA is often considered to be the hardest of the three sections. On average, about 45% of candidates pass the second level exam. It may seem like the first section would be harder, since it has a lower pass rate, but that isn’t the case. Since the Board of Governors purposely sets the MPS so high for Level 1, only the most qualified candidates sit for the Level 2 exam.

The third and final level of the CFA exam has the highest success rate of the three segments. On average, 52% of test takers that make it to Level 3 will pass the test. This last section of the test proves to be difficult for many candidates due to the fact that a large number of the questions require answers in essay format.

It is recommended that anyone that makes it this far spend significant time focusing on how to quickly and efficiently answer essay questions as well as brushing up on master topics such as portfolio management.

What are the CFA historical pass rates?

What is the CFA pass percentage?

The CFA pass percentage is very low, at least as compared to other major financial exams like the CPA and CFP. The rate hovers around 40% to 55% depending on level.